The RBAF is currently handling a course for the year 2017 and one of the modules of the course was to organise an education visit under the theme Brunei Vision 2035 – focussing on Goal 1 – educated, highly-skilled and accomplished people.

The main purpose of the visit was to introduce stakeholders/champions in government and non-governmental sectors responsible for planning, coordinating and implementing the programmes run at the college. The visit was also to examine and evaluate the institution’s roles and responsibilities towards achieving Brunei Vision 2035.

The visitors comprised officials from the RBAF and army personnel from foreign countries such Malaysia, China, Indonesia, Philippines, Singapore, Thailand, Vietnam and also a representative from Royal Brunei Police Force.

Officials and army personnel of the Defence Academy, Royal Brunei Armed Forces (RBAF), in a group photo with members of Laksamana College of Business (LCB)

Upon arrival, all delegates were toured around the college facilities and they were shown the student’s accommodation available at Abdul Razak Service Apartment. Then, they proceed to Lecture Hall 1 for a briefing delivered by Sivarajah Subramaniam, the Chief Operating Officer/Deputy Principal of LCB.

In his presentations, Sivarajah did an introduction of LCB, which he briefed LCB partnerships with the Kensington College of Business (KCB) London and Abdul Razak Holdings Brunei since its establishment in 2003 as a business course provider. LCB started its Computing/IT program in 2010.

LCB introduced Hospitality Manage-ment programme in 2012, where student gained an opportunity to develop a range of skills and techniques, personal skills and attributes essential for successful performance in working life of hospitality industry. LCB plans to set up a culinary course at its institution in the future which focus in developing skills that will be applied in the kitchen.

The delegation was informed that LCB was the first private higher institution in Brunei Darussalam offering the full-fledged British degree qualifications, awarded by the University of Chester, UK.

From there, parents save cost in terms of paying the tuition fee, instead of going abroad for superfluous expenses. This will be a good opportunity for working students who can stay in the state by not leaving their job and complete their degree in Brunei Darussalam.

According to a press statement, ME4 Lee Wei Jia Benjamin from Singapore Armed Forces said, “LCB is a private institution in Brunei that not only imparts academic knowledge, it is also a place for innovation and confidence-building. From the tour in LCB, what I value the most is how the lecturers create opportunities for students to plan and organise events and taking up projects from private organisations which allows the students to gain experience and exposure that cannot be obtained from classroom environment.

“Hence, it was an eye opener for us and appreciates the contributions that LCB has done and aiming towards achieving Brunei Vision 2035.”

We are open for REGISTRATION! 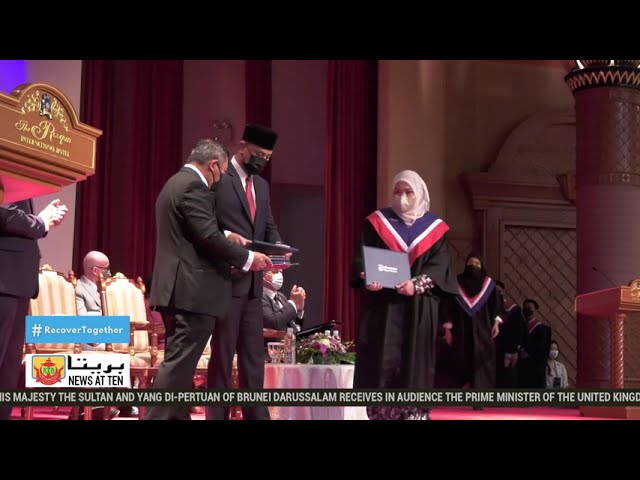 Fundraising for a good cause